My Final For Studio Class 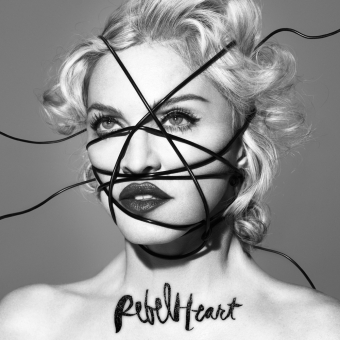 During our second semester in the digital photography program we had an assignment in our studio class in which we had to demonstrate our knowledge of using the studio lighting.

I was having trouble creating an idea for this because typically in this class we shot still life photography. After reading the technical requirements for the assignment it was brought to my attention we were allowed to do a portrait of someone which is my favourite.

I had been wanting to do a Madonna photograph for some time. After deciding I was going to do a photograph based on Madonna I had to find the one to attempt to recreate and also make it my own. I picked the album cover for Rebel Heart as her hair was so awesome and I found it interesting.

So I scheduled 2 models for the photo shoot to recreate the album. My first model was a man instead of Madonna and that was the only difference I wanted in the photo. I used similar black cord and dark lipstick. The female model I had had car trouble and never made it to the shoot. The photo shoot with the male model was done with what's called butterfly lighting. I used a grey backdrop and I really thought I managed to make the image my own as well as keep true to the album art. After editing the photos I noticed an issue in it. I had made the lighting too soft. In the album its harsh light shining down on her making a very strong shadow and I didn't have that in the photo with my male model.

A few weeks later I attempted it with the female model and it worked out amazingly well. She had curled her hair in such a nice way that was so similar to Madonna. This time I made it as much my own as I could. Removing the pure grey background for a gradient grey light. I used bright colors as much as I could to be the opposite of the darks that were in the original as well as using white cord instead of black. This time I used the harsh light and what came of it made me truly proud of the work I had been putting in on these photos.